When it comes to hill walking or trekking, which are a very popular pastimes in the area, you are spoiled for choice. There are many different levels to which you can hill walk depending on your ability.

For more advanced walkers the challenge of Mweelrea is a must do! The pyramid of Mweelrea and its satellites rise from a high undulating contorted broad ridge bounded in places by fearsome corries. It dominates the northern side of the sinuous fjord of Killary Harbour.

You can start the walk on the R335 at the northern end of the large Doo Lough where there are several places to park along the road. Walking time is about 7.25 hours including a 4 km road walk.

There are some difficulties, a long strenuous walk though navigationally straight-forward in good weather. In bad visibility the problems are obvious from an ordinance survey map. You have to get off the steep ground roughly eastwards but this way is partly barred by a line of cliffs so take special care on the descent.

The famous Western Way captures the essence of Western Ireland, from panoramic sea views to boggy green land and ruined abbeys exploring the two countries of Galway and Mayo. Beginning in western Galway near Oughterard on the shores of Lough Corrib, the Western Way winds north west through Connemara and then continues towards the northern tip of the Mayo peninsula. In Connemara the landscape is dominated by mountains such as the Twelve Bens and the Maamturks. However the walk itself is of a medium grade so visitors get to enjoy the view of the high ground rather than tackle any strenuous climbing. Coastal views dominate the whole of the route especially the fjord at Killary. For those who would prefer to partake in a shorter route there are plenty of tracks in the Leenane area to pick up and drop off from depending on how long you wish to trek. 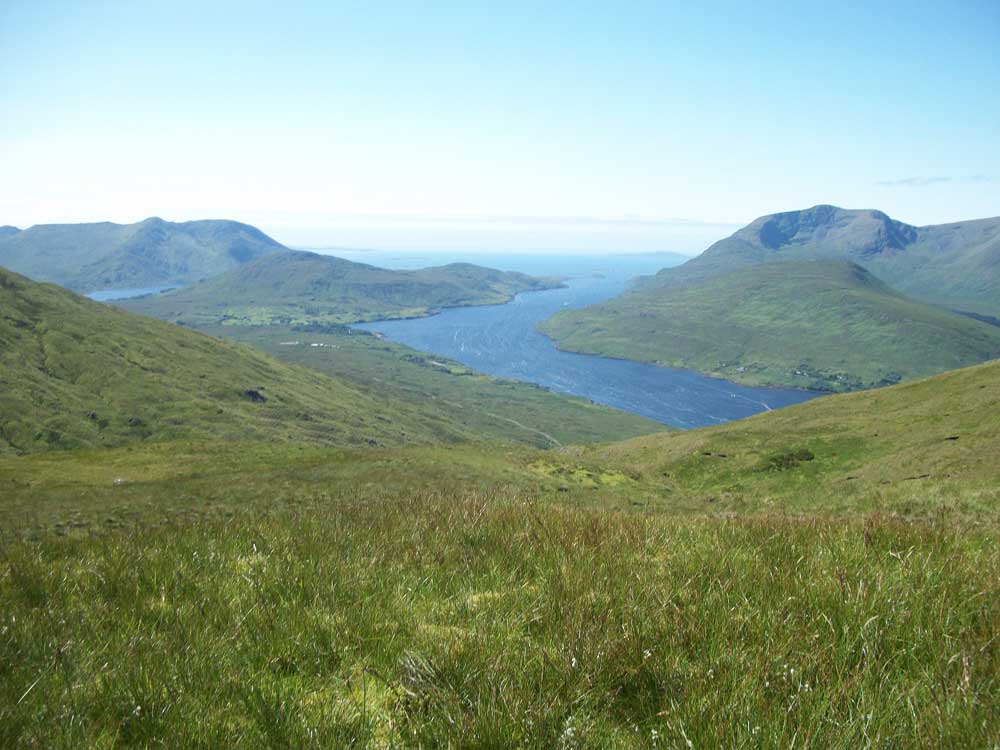 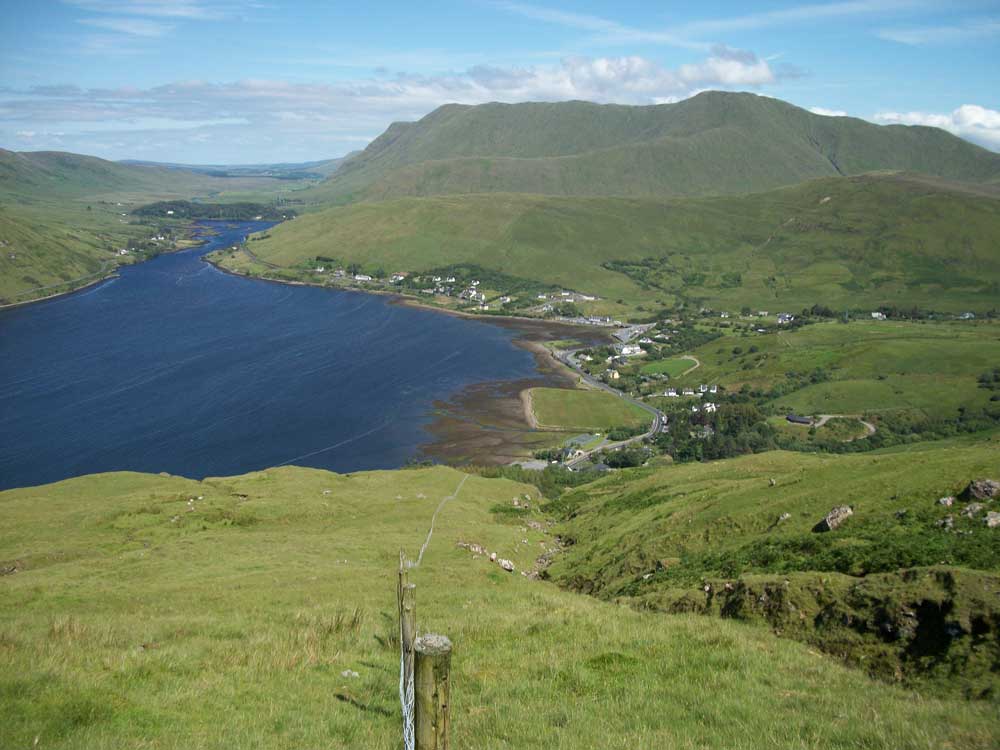